Watagan Software headquarters is actually a wooden house nestled up against a rainforest in the foothills of the Watagan Mountains in New South Wales, Australia.

Here staff of Watagan Software (me) work until the early hours every morning, then rise to feed the friendly Wallabies, Brush Turkeys (look them up), and various birds including King Parrots, Wonga Pigeons, Brown Cuckoo-doves and Red-browed Firetail finches. Sulphur-crested Cockatoos also attempt to make an appearance, but they are discouraged (waving of arms and hurled missiles helps), as they are rather destructive and would demolish the house if they could. Good-looking vandals.

Lyre birds may sometimes be heard, though seldom seen (very shy), and they are notable for their amazing ability to mimic natural and artificial sounds from their environment – see https://wildambience.com/wildlife-sounds/superb-lyrebird/.

Echidnas sometimes wander through – echidnas and platypus are the only egg-laying mammals still in existence, known as monotremes. Snakes and goannas also make an occasional appearance. Green Tree Snakes, Diamond Pythons and Red-bellied Black snakes are the usual visitors, though only the Red-bellied black is dangerous, but is not aggressive.

Watagan Software primarily creates applications for great clients in Sydney, but also writes some programs that others may find useful. Applications are Windows-based – you will find no Mac, phone or Web software here.

ZipBackUp started as a program I wrote for myself, as I could not find anything that did what I wanted to do, i.e. back up selected folders or files in zip format so that I could easily extract any file from any backup using my favourite 7-Zip. This also had to be done on a schedule so that I did not have to worry about forgetting to do the backup.

Additional applications may be added in future. 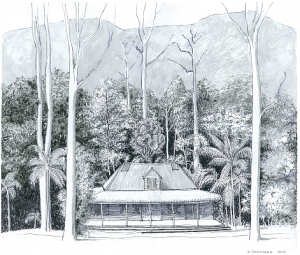